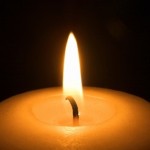 A number of people are pinging me, asking me why I went silent during the iPhone 4S launch, and since.

The answer is quite evident if you watch the video of the keynote – the stiff faces, the absolute out-of-character subdued atmosphere of the Apple team…

They knew. (Update: This appears to have been confirmed now.)

The keynote wasn’t streamed live, but within minutes, people began commenting about the lack of energy in the presentations. Half-way through, CNN began relaying the delayed video of the keynote, and seeing it, I knew that something was very, very wrong.

I am very superstitious about some things (I don’t step out of the house on Friday the 13th, for example), and didn’t want to feel like I was jinxing something. So I went quiet. And stayed quiet, hoping I was wrong.

A little over a day later, it became apparent that I wasn’t.

My day started with my phone ringing, SMSs and email coming in, and frantic pings on various social networks. Most of them were from TV channels or journalists, wanting me to go on camera with comments, or to write a quote for an article (including one publication who actually wanted me to write an entire article).

That’s how I found out.

To each of them, I sent the following message:

“Steve was an intensely private person. He has been a big part of my life since the 80s. It would be utterly disrespectful of me  to add to the media feeding frenzy. I would rather not betray his memory by spouting platitudes on camera.”

As I watch now, I see people falling over themselves, trying to get their faces before the camera, and using the opportunity to push their own agenda.

I have a lot to say – much of which very few people know about. But I will write my piece when the feeding-frenzy has died down.

Some of us choose to grieve in silence.

I hope you understand.