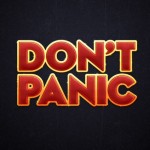 Recently, I was quoted in an article about early retirement, which resulted in a hilarious number of people reacting with “What? You retired???”

Most of the people who reacted this way are people who have known me for a long time, and were surprised that I was even talking about retirement. They probably missed my key-quote (which was in fact the main blurb of the article): “One shouldn’t expect to ‘retire’ – just expect to be doing something different. If you are the kind of person who can even afford to ‘retire early’, then you are almost certainly the kind of person who can’t sit still”.

That’s me – I certainly wouldn’t be able to sit still, and I am not.

I just want to do things I love doing, but a bit differently.

Since I went into sabbatical mode in May 2010, I have spent my time doing various things. I finished building my house and moved in, I addressed and started fixing a number of health issues, I brought to an end a conference series I had been running for a decade, and I took a break for the first time in 25 years. And in February this year, I celebrated my 50th birthday, and Shubha and I celebrated our 25th wedding anniversary. I also put in a lot of effort into writing a couple of books in parallel (at least one of which I hope to see published later this year). And I watched my daughter graduate last year, get a job and start working.

I think I have covered many of the things that were on my To-Do list for far too long, and which were the primary reasons for my sabbatical.

I did accept the occasional short-term consulting assignment, but I deliberately kept those few and far between – after all, it wouldn’t be much of a sabbatical otherwise, would it?

During this time, I also spent a lot of time thinking about what I wanted to do in the next phase of my life. I have been working since 1985, and in those years, I have done a lot of things, so by now I had a pretty good idea of what I liked doing, and what I was best at.

I came up with a long list list of things that best described what I enjoyed doing, both professionally and otherwise, and that I am demonstrably good at. I then condensed that list down to bare essentials.

That’s it. This is what I want do do in the next phase of my life.

Last week, I already announced two things that I would be doing with immediate effect. Bringing back FOSS.IN and making sure that PRODUCTISE.IN will happen around the same time (to allow people to easily attend both, should they choose to) will address my desire to creating opportunities and environments in my non-work life. What Apple calls “Life’s Work“.

As for the work part: effective today, I am coming out of my self-imposed sabbatical. I have already started talking to some interesting organisations, and expect to make a decision within the next couple of weeks. The opportunities are plenty – a lot of people have begun to recognise that there is a need for internal as well as external mentoring as practically the only way to foster innovation, and that is what I plan to do. The organisational “Chief Mentor”.

Think that sounds too pretentious? Who cares? It describes what I want to do perfectly.

I can’t wait to get started!